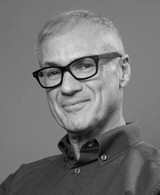 Chairman of the Board of Directors and Chief Executive Officer

Douglas M. VanOort
Chairman of the Board of Directors and Chief Executive Officer

Mr. VanOort has served as the Chairman of the Board of Directors and Chief Executive Officer of NeoGenomics since October 28, 2009. For seven months prior to October 2009, he served as Chairman of the Board of Directors, Executive Chairman and Interim Chief Executive Officer. Prior to joining NeoGenomics, Mr. VanOort was a General Partner with a private equity firm, and a Founding Managing Partner of a venture capital firm. From 1982 through 1999, Mr. VanOort served in various positions at Corning Incorporated and at its spin-off company, Quest Diagnostics, Inc. During the period from 1995 through 1999, he served as the Senior Vice President Operations for Quest Diagnostics, Inc. which was then a $1.5 billion newly formed NYSE-traded Company. During the period of 1989 to 1995, he held senior executive positions at Corning Life Sciences, Inc., including Executive Vice President. Corning Life Sciences Inc. had revenues of approximately $2 billion and was spun-off in a public transaction to create both Quest Diagnostics and Covance, Inc. From 1982 to 1989, Mr. VanOort served in various executive positions at Corning Incorporated, including Director of Mergers & Acquisitions. Mr. VanOort currently serves as a member of the Board of Directors of several privately-held companies, and is a principal owner of a privately-held retail hardware store chain. Mr. VanOort is a graduate of Bentley University. 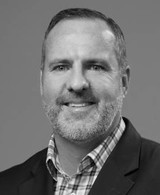 Mr. Shovlin joined NeoGenomics in 2014 as the Chief Operating Officer, and now serves as the President, Clinical Services Division. Previously, he served as Chief Development Officer for Bostwick Laboratories, a leading provider of anatomic pathology testing services. From 2005 to 2011, he served in several positions of increasing responsibility, ultimately as President and Chief Executive Officer for Aureon Biosciences, Inc., a venture-backed diagnostics company focused on developing novel and proprietary prostate cancer tests. Mr. Shovlin also served as Executive Director of Anatomic Pathology and as Director of Managed Care for Quest Diagnostics from 2003 until 2005, and held sales leadership positions at Dianon Systems from 1997 until 2003. Mr. Shovlin served as a Captain, Infantry Officer, in the United States Marine Corps from 1992 until 1997 where he served as a Platoon Commander and Company Commander with 1st Battalion 4th Marines and as an Instructor and Staff Platoon Commander at The Basic School. He received his bachelor's degree from Pennsylvania State University, and his MBA in Finance from Rutgers University. 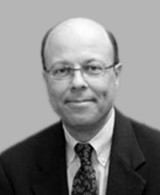 Mr. Cardoza was appointed as the President of Pharma Services in March 2018.  He has been with NeoGenomics since November 2009, serving as the Company’s Chief Financial Officer.  Prior to that he was the Chief Financial Officer at Protocol Integrated Direct Marketing.  Mr. Cardoza spent fifteen years with Quest Diagnostics, including years when it was still part of Corning Inc.  With Corning Inc. he worked with the Corning Life Sciences Division, which did several acquisitions in the Pharma services space.  These acquisitions formed the pieces of Covance, which Corning spun out at the same time as Quest in 1996.  Mr. Cardoza has worked closely with NeoGenomics Pharmaceutical Services and Clinical Trials division, which was combined into the Clinical Trials arm of Clarient Inc. when it was acquired from General Electric Healthcare in December 2015. 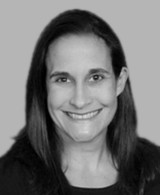 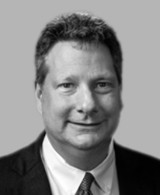 Bill Bonello is the Chief Strategy and Corporate Development Officer and Director, Investor Relations for NeoGenomics, Inc. Prior to joining NeoGenomics, Bill spent nearly twenty years as a healthcare equity analyst covering diagnostic services and product stocks for Piper Jaffray, Wachovia Securities, RBC, and Craig-Hallum Capital Group. Bill was also the Senior Vice President for Investor Relations at LabCorp. Bill earned a BA from Carleton College and an MBA from the Kellogg School of Management at Northwestern University.

Dr. Weiss is the author of over 500 papers and book chapters, as well as over a dozen books, including an AFIP Lymph Node Fascicle, Applied Immunohistochemistry, Lymph Nodes, and Knowles’ Hematopathology. His laboratory discovered the first molecular evidence linking the Epstein-Barr virus with Hodgkin Lymphoma.

He has won numerous awards, including the Benjamin Castleman, Arthur Purdy Stout, and the United States-Canadian Academy of Pathology Young Investigator Award, and has delivered more than 250 national and international talks in pathology, including several named lectureships. He is on the editorial board of ten scientific journals, and is a past President of the Los Angeles Society of Pathologists. He has been listed in the book The Best Doctors in America since 1994. Dr. Weiss’s diagnostic interests lie in lymph node pathology, adrenal pathology, solid tumor pathology, and immunohistochemistry. 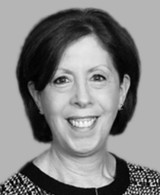 Ms. Pedulla joined NeoGenomics in 2015 as the company's General Counsel. From 2011 to 2015, Ms. Pedulla served as a Principal at Berkeley Research Group in its Compliance and Regulatory Risk Management services division and was engaged in private law practice. Prior to that, from 2008 to 2011, Ms. Pedulla was the Senior Vice President and Chief Compliance Officer at Orthofix International NV, a global orthopedic medical device company. From 2000 to 2008, Ms. Pedulla, a health care lawyer, was engaged in private law practice and provided legal counsel to hospitals, clinical laboratories, durable medical equipment suppliers and other health care providers in the areas of fraud and abuse, coverage, billing and reimbursement, regulatory compliance, corporate governance, contracting, and government affairs. From 1996 to 2000, Ms. Pedulla was employed at Fresenius Medical Care North America in positions of increasing responsibility, including Associate General Counsel and Vice President of Compliance, Regulatory and Government Affairs for the company's clinical laboratory division. Ms. Pedulla received a B.S. in Nursing and Psychology from Boston College, a J.D. from Suffolk Law School, and an M.P.H. in Health Policy and Management from Harvard University. She also holds a Certification in Health Care Compliance (CHC) from the Health Care Compliance Association. Ms. Pedulla is a licensed attorney in Massachusetts and Florida and is a member of the American Health Lawyers Association and the Health Law Sections of the American, Florida, and Massachusetts Bar Associations. 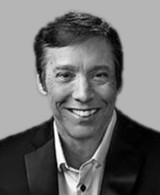 Mr. Ross has served as Chief Information Officer of NeoGenomics since 2013. Mr. Ross brings over 25 years of technology leadership experience while most recently serving as the Vice President of Technology for Chico's FAS, Inc., from 2003 to 2013. Chico's is a multi-branded retailer, with more than 1,550 stores, an award winning eCommerce and Direct-to-Consumer offering, and $2.6 billion in annual revenue. In addition to retail, Mr. Ross has extensive technology experience in the manufacturing, engineering, and financial sectors, having served in a variety of management and consulting roles with Motorola, DirecTV, American Express, and Target. Mr. Ross received his bachelor's degree from New Mexico State University. 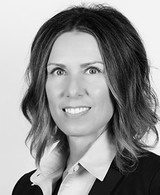 Stephanie has over 13 years' experience developing and overseeing programs to ensure compliance with various global, federal, and state laws and regulations in the healthcare and biotech industries. Prior to joining the Company, Stephanie managed global compliance operations for and was the Compliance Officer for the Americas Region at Varian Medical Systems Inc. from 2015 to 2017, with a focus on global anti-corruption and ethical compliance requirements. Prior to Varian, she was the Compliance and Privacy Officer for Myriad Genetic Laboratories, where she implemented and provided oversight for programs supporting compliance with the Anti-kickback Statute, Stark Law, the Food and Drug Administration, billing and reimbursement, research, and global data privacy and protection requirements from 2010 to 2015. Stephanie also has a wealth of compliance experience in large health systems, behavioral health, and has served as an internal auditor. She has a Bachelor of Science in Healthcare Administration from Northern Illinois University and is a Certified Healthcare Professional (CHP), Certified in Healthcare Privacy (CHP), and a Certified Internal Auditor (CIA). 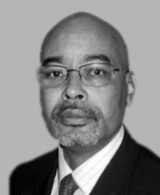 Dr. Brodie is the Vice President of Operations at NeoGenomics. Previously, he served as the company's President of the Pharma Services division, Chief Scientific Officer and Director of BioPharma Operations, Florida Laboratory Director, and Director of Molecular and Cytogenetics. Prior to joining NeoGenomics, Dr. Brodie served as Senior Director of Cytogenetics, Assistant Director of Molecular Genetics, and Scientific Director of Maternal Serum Screening at Specialty Laboratories/Quest Diagnostics in Valencia, CA. Dr. Brodie trained pathology residents in genetic testing at both Loma Linda University Medical Center, where he served as the Affiliate Rotation Director, and University of Southern California, Keck School of Medicine, where he served as a Clinical Assistant Professor of Pathology. Prior to joining Quest Diagnostics, he held a variety of research and clinical positions at the National Institutes of Health, University of New Mexico School of Medicine, and UCLA David Geffen School of Medicine. Dr. Brodie received his genetics training at the UCLA/Cedar-Sinai Medical Center medical genetics training program in Los Angeles, CA. He received his Ph.D. from UNM School of Medicine and completed Clinical Genetics training in Cytogenetics and Molecular Genetics at UCLA. Dr. Brodie is Board Certified by the American Board of Medical Genetics in these specialties and holds Director licenses in Florida, California, and New York. Throughout his career, Dr. Brodie has held various research and clinical positions at the NIH, UNM and UCLA, and comes to us after directing high throughput testing in Cytogenetics, FISH, Molecular Genetics, and Oncology for Quest Diagnostics, Nichols Institute.

Ms. McKenzie has served as NeoGenomics Vice President and Principal Accounting Officer since October 2017. Prior to joining the Company, Ms. McKenzie held various roles at Chico's FAS, Inc. during the period from 2012 to 2017. These roles included Assistant Controller and Director of Financial Reporting and Treasury. Ms. McKenzie also previously served as Audit Manager for Ernst and Young from 2007 to 2012. Ms. McKenzie is a Certified Public Accountant and holds a Master's of Science in Accountancy from the University of North Carolina Wilmington.